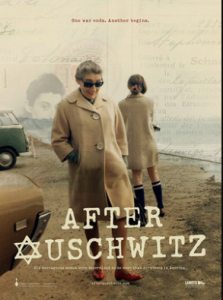 You’ve listened to the stories of human suffering. You’ve seen the footage of bodies bulldozed into mass graves. And you’ve heard the jubilation of liberation day from concentration camps.

But what happened after that? That’s what Jon Kean asked himself, and became determined to find out.

Kean isn’t exactly sure how he got involved in Holocaust education, though his childhood carpool driver at Main Line Reform Temple was an Auschwitz survivor.

“I don’t remember anything he said, but it must have been something that made us not afraid to learn more,” he said.

Fast forward to the early ’00s, when Kean was working on a documentary about laughter as a survival tool.

In all his research, one detail hadn’t crossed his mind.

“I realized for the first time that liberation wasn’t a happy day,” he recalled. “It’s such an American point of view to think ‘you’re free, go home,’” but survivors had nowhere to go.

“If I’ve been working on Holocaust research and never stopped to think of that, it clearly is not obvious.” 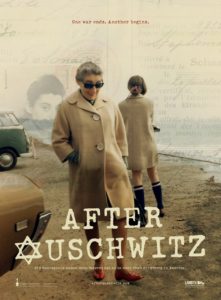 Stories of life after the war are much more complex and complicated. Kean’s newest film, After Auschwitz: The Stories of Six Women, shares six female survivors’ stories post-liberation.

He conducted interviews between 2008 and 2014, then took another three years for editing and researching.

Jewish Family and Children’s Service and the Jewish Studies Program at the University of Pennsylvania are sponsoring the free Philadelphia premieres of the award-winning documentary on Oct. 24 at 6 p.m. at The ARCH, and Oct. 26 at 7 p.m. at the JFCS building in Bala Cynwyd.

Kean will be at both screenings for a Q&A.

The film compiles masses of old footage, including the specific story survivor Renee Firestone recalled of Kathy Fiscus, a 3-year-old who was trapped in a well for three days in San Marino, Calif., in 1949, which was actually the first live remote broadcast in television history.

That story stuck with Firestone all those years, even questioning if it really happened until Kean showed her the footage.

“I thought to myself, look what they are doing for one child, and here in Auschwitz thousands of children were murdered,” she said in the film.

Philly native Kean — an alumnus of Cynwyd Elementary, Friends’ Central and UPenn — is now based outside LA, where the women in the film eventually relocated and started new lives and families.

“It’s that idea of putting the past behind you, assimilating into what America expects you to be, and repressing the past,” he said, “which is what they all did for 30 years.”

With too much material ranging in topics, he decided to create multiple films, focusing on before the war, during and after.

Kean released Swimming in Auschwitz in 2007, which features the same six women talking about life before and during the war.

In After Auschwitz, the women share their lives from liberation to grandchildren, explaining the struggles of resettling in a new country, adjusting to American culture and confronting their repressed pasts.

Most of the women came through New York first, but one headed to Allentown to stay with a family member. When she arrived in the driveway, she saw two children in costumes, to which she wondered, “It’s not Purim.”

Unbeknownst to her, it was the day before Halloween. The next question she received: Who are you voting for?

“She had no idea who they were talking about because the presidential election of ’48, Dewey [versus] Truman, was the following week,” Kean said.

Kean discovered that even in their 90s, the women have not healed from the trauma, but took the opportunity to move on and have rich, fulfilling lives.

“But for Renee [Firestone] at 90 years old to sit there and tell me one of her biggest regrets is that her parents never had a chance to know who she was,” Kean remembered, as she was very young when her parents were murdered, which she discussed in the film, “that is heartbreaking. You never get to heal that rift between the world from the past and the world you’re in now.”

Though three of the women have since died, they all got to see their footage during a brunch at Kean’s house.

Simply put, they were happy to see their stories — and their families’ stories — shared and ultimately remembered.

“For their legacies to live on through films that I’ve made, to have the family tell me how important that is that their mother or their grandmother is still remembered, it’s overwhelming,” Kean said humbly.

He hopes viewers understand the Holocaust through a different set of eyes.

“Bad things can happen to anyone, and it’s what we choose to do after that, how we choose to move forward, and that we can move forward,” he said. “These ladies are so inspiring to me. It’s a life-changing experience.”